Punjab has not just been a place for modern-day sports like hockey and cricket but also for traditional sports like Kabaddi, Kushti (mud wrestling) and much more. Now, what do you get when you bring together a team of 18 talented professional basketball competitors, local basketball talent, and the vibe of Punjab together? A remarkable week.

Fraser Valley India hosted the women’s basketball team from UFV for an excursion bringing them to the city beautiful, Chandigarh. The first moment was a tour by the host, with the team walking the corridors of Fraser Valley India’s contemporary campus. From the classrooms based on BC cities to the journey that Fraser Valley India has had, from meandering the spirited lounge to a well deserved hearty lunch, the team began their power-packed week.

With their jerseys on and ready to dribble the ball, UFVWBB team had a good lineup ahead of them. After spending some days acclimatizing to the weather and environment and practicing their routine at Chandigarh’s Sector 42 Basketball Stadium, it was time to up the game. The team showcased their mettle by playing friendly matches with local teams from Khalsa College for Girls, Guru Gobind Singh College, and St. Xaviers High School. More than the cultural exchange, getting to play in a different weather setting was a learning experience for UFVWBB team.

After a rigorous day of play, the team cooled down with the FVI team. A splendid evening with the Consul General added the official touch to their journey with the team getting the opportunity to connect with officials from the consulate as well as the city. With glistening talks and inspiring conversations, the get-together served as an inspirational boost pushing the team to perform even better and making the most of their tour. 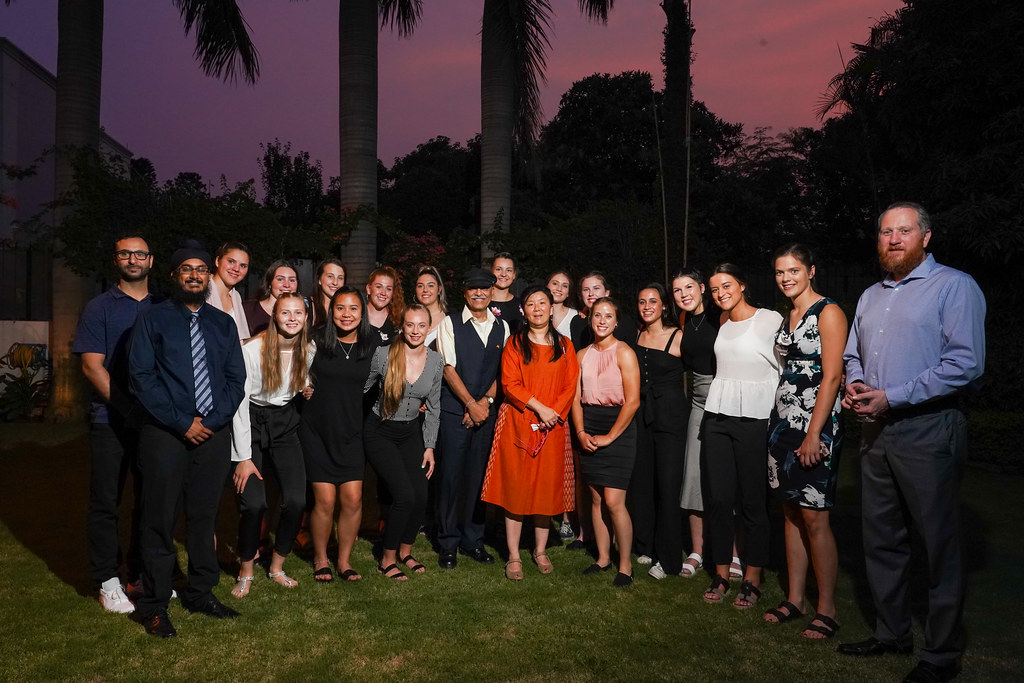 After a week full of exciting matches, morning practices sessions at Sukhna Lake, and formal events, the team went ahead to get a taste of the local culture and traditions. They immersed themselves in the heritage of Punjab with a walk through the history of Sikhism at Virasat-e-Khalsa. A visit to ‘the state of five rivers’ is incomplete without a stop at The Golden Temple, where the team learnt about the significance of this most divine Sikh pilgrimage site.

They say, play hard and party harder and the UFVWBB team followed through. They won all the matches and definitely played hard. But, they partied harder in the final leg of the tour. The team made the most of their time in the City Beautiful with a trip to a nearby hill station for a weather relief and attended FVI’s freshers evening. With a final customary stop at one of the wonders of the world, the Taj Mahal, the UFVWBB team ended their official tour in India bidding us farewell until next time.