Lauren Dallow and Cooper Symonds unbuckled their seat belts as the engine of Air Canada Flight 44 whirred down on the tarmac.

The thick and unfamiliar Delhi air ignited their senses as they stepped out of the 777’s cabin door and into the unknown.

For the two Canadian UFV undergrads, this officially marked the beginning of a five-month internship with UFV India — UFV’s fast-growing offshore location in Chandigarh, India.

Their assignment with Qbiz—a UFV India sponsored business quiz for grade 11 and 12 students—saw them facilitate dozens of business quizzes in high-schools across Northern India. Each location a new opportunity to explore foreign cultures and promote the value of Canadian university education.

“I was in a daze when I first arrived,” recalls Cooper, pausing to take a sip from his cup of chai. “India was so far from anything I had ever seen before. It was like my feet weren’t even on the ground.” 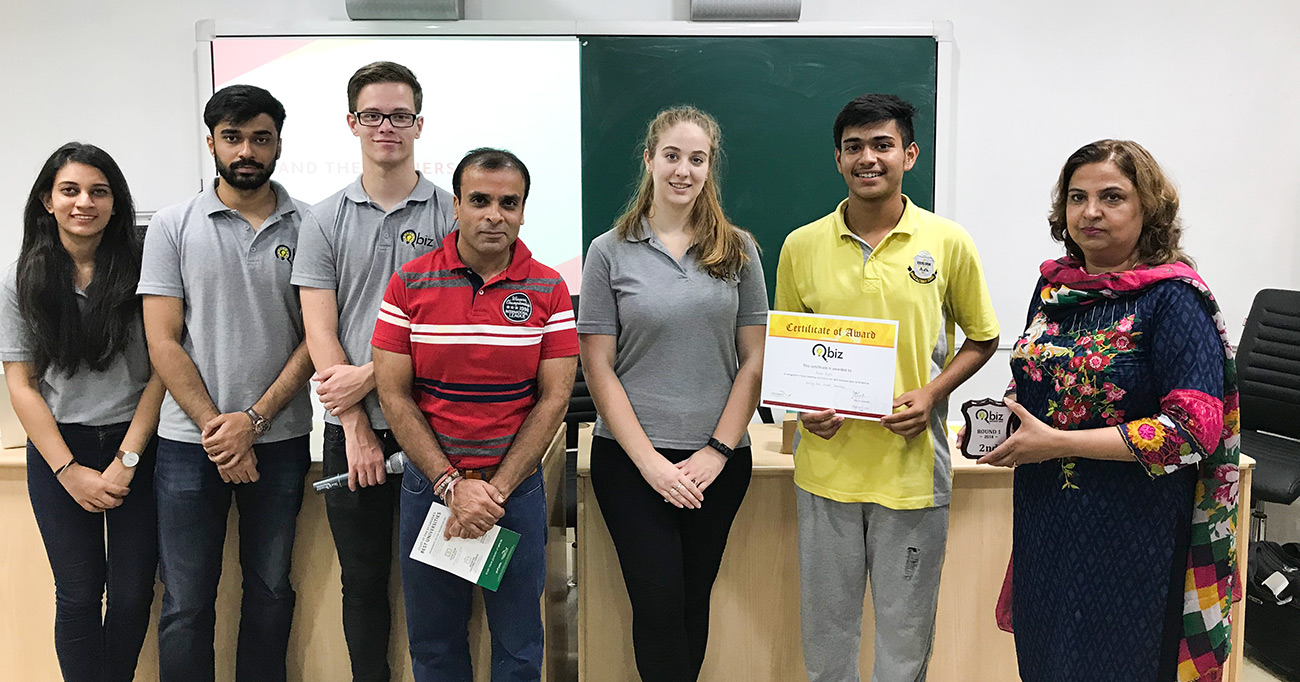 Foreign experiences quickly became familiar. Cars whizzed past unfettered cows in narrow city streets. Mobile vegetable vendors paraded through neighbourhoods announcing fresh produce on offer. Half a world away from Abbotsford, Lauren and Cooper were settling into their new home.

“After the initial shock wore off, I started to see the incredible beauty of Chandigarh,” says Lauren. “Everything was so colourful.”

With limited international travel experience, the duo was prepared to broaden their mindsets and push outside their comfort zones. 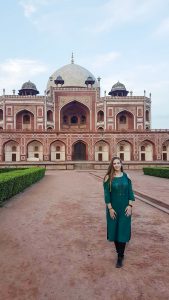 Drivers transported the Qbiz team to high-schools across Punjab and Himachal Pradesh. They zig-zagged through winding mountain roads to reach the rolling hills of Shimla and sped through the open planes of Punjab to reach the famous border city of Amritsar.

Throughout the nine cities they visited, the team was able to conduct the quiz with over 7000 high-school students.

“The Qbiz business quiz format is two-fold,” says Cooper. “We first had the students complete a multiple-choice quiz on current events in the business world. Then, while the quiz was being marked, Lauren and I gave a presentation about Canada and Canadian education.”

After each session, many student participants would approach the Canadian interns and ask questions about university life in Canada.

“When we told students about the study opportunities they have in Canada, you could see on their faces that they were inspired and excited about their futures,” recalls Lauren. “My degree is in criminology, so when I met students who were interested in the liberal arts it is was particularly rewarding to reassure them of the career opportunities available to arts grads.”

While at UFV India, Cooper began to recognize a few familiar comforts of home.

Indian students have the unique option of beginning their Canadian degree at UFV in Chandigarh and transferring to UFV’s Fraser Valley campuses after one, two, or three years. They can even complete their entire Canadian undergraduate degree from UFV India.

“It was incredibly interesting to be able to experience this place that not all UFV students know about,” says Lauren. “I feel extremely privileged to have experienced this UFV location, see how it works, and to get to know the people who work here”.

While travelling 11,000 kilometres away from home may be daunting for some, the duo encourages students to make the leap and experience India first hand. UFV India offers international internships for UFV students in Canada. For those wanting to continue their studies, UFV students can even apply for highly-valuable scholarships to help fund the cost of a study abroad semester at UFV India.

“Do not hesitate to come to India,” advises Cooper. “Living in India will change your beliefs, your frame of reference, and your ideas about the world. It’s an unbelievable experience — come here.”